The North-Eastern Hill University celebrated India’s Independence Day on 15th August, 2021 in front of the Administrative Block, permanent campus. The programme was a low-key affair due to the Covid-19 pandemic. There was a flag hoisting by the Vice Chancellor, Prof. P.S. Shukla followed by the national anthem sung by the University fraternity. This was followed by the VC’s address and launch of the Azadi Ka Amrit Mohatsav. The programme concluded with a performance by school children.

It is a matter of immense pleasure and pride for us as we are celebrating India's 75th Independence Day. This day has great significance and profound meaning because the Amrit Mahotsav, celebration of 75 years of independence, has already been launched by Prime Minister Shri Narendra Modi to mark the 74th anniversary of independence which will be commemorated next year.

The significance of the event is to emphasize India's glorious history and tradition and showcase India's development since independence. 75 years ago, when India gained independence, it was not only political freedom but also breaking the chains of social and cultural shackles that had bound India for centuries. It was on this day that India gained its freedom that ended a 200-year old British rule in the subcontinent. Since its independence, India has made tremendous progress in every field, including education, economy, science and technology. This is in line with the values enshrined in the constitution of India, which is based on a strong foundation that endeavoured and inspired to make Indian society more ethical and promote moral and spiritual values of peace, harmony and tolerance.

India's Independence Day reminds us of the sacrifices made by our valiant and great freedom fighters who fought against colonial oppression of the British Empire with great determination and patriotism and didn't hesitate to give up their lives so that the future generations may live a life of dignity. Their courage and patriotism continues to inspire us even today. This includes legends and iconic figures like Mahatma Gandhi, Sardar Vallabhbhai Patel, Subhash Chandra Bose, Veer Bhagat Singh, Chandrashekhar Azad and also U Tirot Singh, Kiang Nangbah, and Pa Togan Sangma. It was the collective struggle of these great leaders that led us to the path of independence. Independence Day celebrations inspire the younger generation to serve the country, to show our solidarity towards the nation, to keep the spirit of patriotism alive.

The North Eastern part of India is one of the most beautiful regions of India. These States command special importance in India not only because of their location but also their culture and historical uniqueness. The states have distinct cultures and are a fine example of unity in diversity. Multiple ethnic groups have their own languages, beliefs and lifestyle, including colourful dresses, unique cuisine, music that reflect the richness of their culture. The human values which they cater to, may be an example for the rest of the world.

The North-Eastern hill University holds a significant place in the North Eastern region because the university has long been regarded as a key institution in the process of social change and development. It has been the epicenter of higher educational activities in the North East. Education is crucial in the nation building process because it creates knowledge and awareness. The responsibility of nation-building lies in the hands of its citizens, predominantly in the youth. The process of teaching and learning is responsible for character building of the students. It is in this context that our role and responsibility in the process of nation building and character building as humans assumes a new meaning and dimension.

The role of NEHU in the process of national development could be taken to another level by striving to build the university as a place of learning open to all and bringing the University closer to the community. The university stands for our onward march towards higher objectives.

Higher education could set its tone in our country and especially in the Northeast region through the new education policy. This will provide people of the North-East region with an opportunity to reflect on critical social, economic, cultural, moral and spiritual issues facing the society. This will lead to fulfillment of the aspirations of the people and contribute to social and national integration. Through education, common goals and vision for nation building can be achieved and deeper and higher values can be instilled into every student.  This will create a society that is able to compete and strive for excellence.

We are going through a difficult time as the ongoing covid-19 pandemic has disrupted every aspect of our life. This has significantly disturbed traditional educational practices. The need of the hour is to innovate and implement alternative educational practices and strategies. It is important to find such alternative methods so that the disruption in education has a minimum adverse impact on our student population because it is our younger generation who are the future of the nation.

Sometimes there are some distractions and obstacles in our path. We will try our best to overcome these obstacles and create an atmosphere conducive to learning. All of us have a crucial and critical role to play in this endeavour because the momentum of progress can be gained only through the collective endeavour of everyone. All of us have a role to play in this. I have full faith that I will get the full support from you all to take this university to new heights and build India our freedom fighters dreamt of and envisaged. 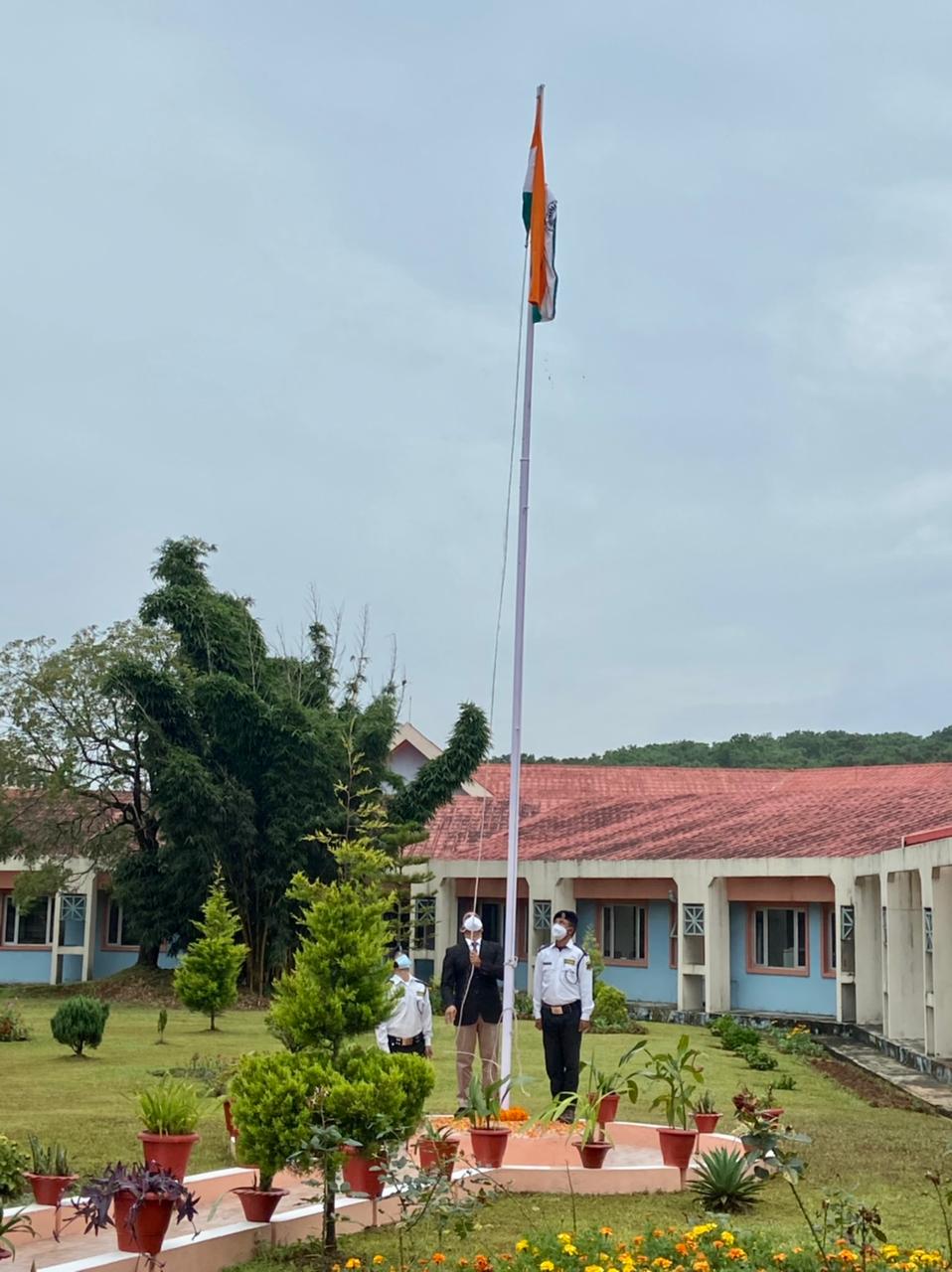