Cycles in biological systems are all pervasive in Nature. Birds like any other species express daily rhythms in activity/rest, hormone secretion and several other rhythmic characteristics. Most bird species also show long-term cycles in feeding behavior, body fattening (in migrants), reproduction, moult, or migration. Both daily and seasonal behaviors are under the strict control of the endogenous clock mechanisms, but the role of environment remains critical for optimal performance and ultimately the survival. Synchrony with the environment is achieved through interaction of clock component with external cues (e.g. photoperiod), and internal coordination among different rhythmic physiological correlates is achieved through neural and endocrine signaling. Thus, we are interested to learn about how birds achieve precision in timing their daily and seasonal activities in synchrony with the periodic environment. Our research effort mainly centers around the “Avian Circadian and Seasonal Systems: Study from Behavior to Molecules”. The working hypothesis has been that specialized cells localized in different tissues express genes involved in the clock circuitry, and different cell populations control the food intake, body fattening, reproductive axis, molt and migration, in a way that each event can be timed and spaced with each other to optimize an ecological adaptation. 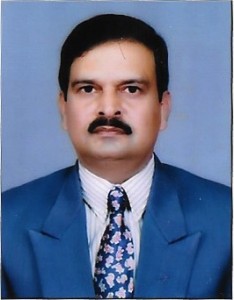