Dr. Dinesh Bhatia pursued his PhD in Biomechanics and Rehabilitation Engineering from MNNIT, Allahabad, India in 2010 with Bachelor’s (2002) and Master’s degree (2004) in Biomedical Engineering from Mumbai University. He completed his MBA (Dual Specialization) from IMT Ghaziabad in 2007. He is currently working as Associate Professor in the Department of Biomedical Engineering, North Eastern Hill University (NEHU), Shillong, Meghalaya, India since August 2013. Previously, he was employed as an  Assistant  Professor (Sr. Grade) at the Department of Biomedical  Engineering,  Deenbandhu  Chhotu  Ram  University  of   Science  and  Technology,  Murthal (Sonepat), Haryana (State Government University), India from July 2006 to July 2013. He was selected for the “Young Scientist Award (BOYSCAST)” in (2011-12) by Government of India to pursue research in osteoarthritis (OA) for one year at Adaptive Neural Systems Laboratory, Biomedical Engineering Department, Florida International University, Miami, Florida, USA where he was leading a multidisciplinary team of researchers.  He is also the recipient of “INAE fellowship award” in 2011 by Indian National Academy of Engineering. He was selected as one of the twelve young Biomedical scientists by the Indian Council of Medical Research (ICMR), Govt. of India to pursue research fellowship (2014-15) in the field of sensory prosthetics at University of Glasgow, Scotland, UK. He has attended Biomechanics and Human Gait training at Munich, Germany in March, 2017 and training of use of rTMS, EEG and EMG equipment(s) in disabled children in Ivanovo, Russia in September, 2017. He delivered an Invited Talk on Gait and Osteoarthritis in Kaula Lampur, Malaysia in August, 2018. He has several research papers in reputed journals, conference, seminars and symposia with teaching and research experience of more than sixteen (16) years. He is invited panel member of many professional bodies, editorial boards, committees, societies and forums. He has worked on several funded projects from Government of India on physically challenged, disabled, paralyzed persons, environment and waste management and few projects are still ongoing. He authored a book titled “Medical Informatics” published (2015) by PHI, “Current aspects in Stroke Rehabilitation” (2016) by ABS Publishers and two books on ECG and EEG signal processing with Lambert Publishers, Germany. He has published 04 books and 14 books chapters till date and supervised several UG, PG and doctoral students. His research focuses on understanding muscle mechanics, joint kinematics and dynamics involved in performing locomotion and routine tasks and undermining it effects during an injury or disease. His areas of interest are medical instrumentation, biomechanics and rehabilitation engineering, medical informatics, signal and image processing, marketing, international business and environmental sustainability. 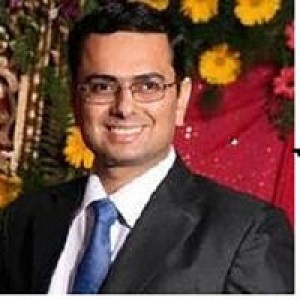