Prof. Dr. Uma Shankar is a field biologist and a faculty at the Department of Botany, North-Eastern Hill University, Shillong since 2001-02. He has taught courses on Plant Ecology, Ecosystem Analysis, Plant Taxonomy and Economic Botany, Gymnosperms and Plant Anatomy, Genetics and Plant Breeding and Biostatistics in M.Sc. and Ph.D. degree programmes. His principal research specialization is in plant ecology with focus areas such as: i) Ecology of pristine and disturbed ecosystems, ii) Agroforestry systems (‘Jhum’, ‘Taungya’), iii) Seed ecology and nursery technology, iv) Extraction of non-timber forest products and sustainable use of biodiversity and its conservation, v) Plant reproductive strategies, and vi) Database development. Prof. Shankar has guided seven students for doctoral (Ph.D.) degree and 32 students for M.Sc. projects. Besides, he has hosted and guided four Science Academies’ Summer Fellows. Currently, four students are pursuing Ph.D. under his supervision. Prof. Shankar is a life member of several scientific societies in the country.

Earlier, Prof. Shankar spent his career at reputed institutions such as Tata Energy Research Institute (1992-97), G.B. Pant Institute of Himalayan Environment & Development (1997-2002), George Perkins Marsh Institute at Clark University, USA (2003), and Concordia University, Canada (2011). His researches have got wide recognition in terms of awards and honours. The Council of Scientific and Industrial Research (CSIR) selected him for independent Research Associate Award in 1992. The Department of Science and Technology awarded him the Young Scientist Project Award under SERCYS scheme in 1993. The University of Massachusetts, Boston invited him as a short-term scholar in 1996. The Indian National Science Academy awarded him the INSA Young Scientist Medal in 1999 for his study of nutrient cycling and productivity of humid grassland ecosystems and their management. The Council of Science and Technology of Uttar Pradesh recognized his contributions with the CSTUP Young Scientist Award in 2002. He has been a recipient of the BOYSCAST Fellowship of the DST in 2003. He has been an Honorary Fellow of the Ashoka Trust for Researches in Ecology and the Environment (ATREE), Bangalore (2002-05). He was selected as Fellow of the National Institute of Ecology (FNIE) in 2006. He was a recipient of DBT Overseas Fellowship Award in 2010-11. Recently, he has also been selected for INSA International Collaboration Exchange Programme (ICEP) 2018.

Prof. Shankar has spent a principal part of his research career in the Indian Himalayan and other hill regions. He has focused in the eastern Himalayas which boast the highest levels of biodiversity in the country and where ethnic and cultural diversity is unparalleled. He has lived and worked in most States of the Himalayan region (Arunachal, Sikkim, Darjeeling, Assam, Manipur, Meghalaya, Mizoram, Nagaland, Tripura, West Bengal), besides visiting western Himalayan counterparts (Kumaon, Garhwal, Himachal and J&K). He has acquired a lot of exposure to the rural agricultural practices, rural economy, and rural technologies in this region. In his professional career, He has focused on studying sustainability and development of mountain ecosystems varying from pristine forests through modified forests (agroforestry systems) to disturbed systems. His researches have contributed to the development of sustainable models of hill agriculture, value addition of local non-timber forest products and development of propagation packages for economically and medicinally demanded tree species. One of his key contributions has been in conservation of biodiversity by reducing dependence of people on natural resources through sustainable harvests and domestication.

Prof. Shankar has intensively worked in tandem with the indigenous communities in northeastern region of India for over two decades. He developed a package for eco-restoration of the degraded landscape of Cherrapunji, one of the wettest spots on the earth. He has the distinction of investigating two important pathways of forest management in northeastern India, namely ‘jhum’ and ‘taungya’. His work on non-timber forest products (NTFPs) in Biligiri Rangan Hills has received wide international attention and citation. He has been investigating the global hypothesis that sustainable in-situ conservation of biodiversity rests in balanced trade-off between the extracted quantities of NTFPs by the local tribes for subsistence as well as cash income and renewable productivity of these products. He developed value addition models for amla (Phyllanthus emblica), broomstick (Thysanolaena maxima) and plum yew (Prunus nepaulensis). He devised a technique to precisely quantify the fuelwood pressure on a given forest area with unknown entry/exit points. He recorded the highest tree diversity among Indian sal forests from the Mahananda Wildlife Sanctuary in Darjeeling. He has been working on the strategies of the tree species during regenerative phase and found in  Dipterocarpus macrocarpus that the seed size (weight-dimension relationships) can predict germination success and early seedling growth, and assort the seeds that would germinate and establish healthy seedlings. Subsequently, he established that seed weight and vigour determine the success of germination and early establishment in many recalcitrant species.  He investigated the existence of a ‘neighbour effect’ among sibs growing within a leguminous fruit. Recently, he has discovered the occurrence of tropical rainforests from Meghalaya. Recently, Prof. Shankar has: i) discovered the occurrence of tropical rainforests from Meghalaya, ii) described the ‘Khasi Hill sal’ forest type for the first time, iii) resolved taxonomic ambiguity in Myrica spp. of India, iv) established continuity in distribution of Diploknema butyracea, and v) discovered pseudovivipary in Zingiberaceae. Many of his publications can be accessed at Researchgate (https://www.researchgate.net/profile/Uma_Shankar18) and his citations at Google Scholar (https://scholar.google.co.in/citations?user=-p3mZOIAAAAJ&hl=en&oi=ao). 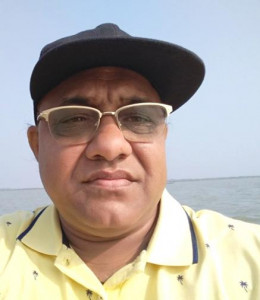